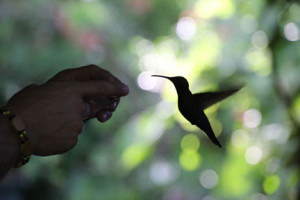 Active language is far more likely to keep your readers engaged. When it comes to “active,” it means more than one thing. We should use active voice and action verbs.

Use active voice rather than passive voice.

In active voice sentences, the subject performs the action.

In passive voice sentences, the subject is acted upon. (So instead of being before the verb, it’s buried in a prepositional phrase.)

Lunch was prepared by Esperanza.
This new bill is being considered by the local government.

Active voice will give you simpler, clearer sentences, and it is almost always preferred.

The few times that passive voice is better are when the agent performing the action is unknown, implied or unimportant.

Here are a few other passive-voice phrases that like to sneak into our writing, but which you should avoid if possible:

It is Tuesdays that are the hardest.
Better: Tuesdays are the hardest.
(Sometimes “it is” can be used for extra emphasis, like: “It is this kind of thinking that we must change.” But it will not stick out if you use “it is” all the time.)

There are three types of verbs:

Action verbs are the strongest, most compelling verbs. They will give you short, simple sentences.

Here are some examples of action verbs that are stronger than linking verbs:

You and I are different.
You and I differ.

Made a suggestion
Suggested

You can also cut out other words, like adverbs, by choosing the right action verb. You can use an adverb to describe how someone laughed (quietly, loudly, suddenly) or even an adjective to describe the kind of laugh (a cackling laugh). But what’s better is to let the right verb tell it instead (Mary cackled; Bob guffawed; snickered; giggled; chortled; chuckled). This cuts out unnecessary words, and simultaneously adds color to your writing.