Writing a Support Letter: Educate — Tell About Your Work 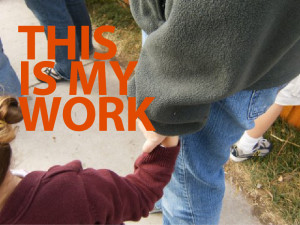 People who are supporting you are probably interested in learning more about the details of your work. Invite them in! Educate them.

Readers like writing that does one of two things: 1) tells a story, or 2) educates them on something. The best kind of writing combines these.

You are an expert

It might help you to remember that you are an expert. You know the things you’re sharing about inside and out. You know your own life. You know why you are compelled by the work you do. You know the stories that touch your life every day. Now, share them.

Your supporters want to know more about what you’re doing. Give them the details. Let them get to know the city or country or neighborhood of your service. Introduce them to the characters of your life.

One of the best supporter meetings I ever went to was for a couple that was moving to Sierra Leone. They had an open house that lasted a few hours, and right in the middle was a presentation about Sierra Leone and the work they’d be doing.

I learned about Sierra Leone. I learned about the 10-year civil war that ravaged West Africa and the child soldiers who had been dragged into it — many of them left as amputees.

I learned that Kroo Bay, a slum of Sierra Leone’s capital Freetown, is home to over 6,000 people. It’s basically the lowest point in the city, so during monsoon season, it floods, bringing the city’s garbage down the alleyways and into homes. People are building their homes on floating islands of garbage.

I learned about the Saturday service my friends would help with. The eggs they’d give the kids at the end — maybe the only protein the kids would have all week.

I was touched. I became that much more invested. Share with your supporters enough of the picture that they can be touched, too.

The other great thing about that presentation was it provided a variety of information, appealing to different tastes. Some people remember facts. Some remember faces. Give variety!

Build community by sharing what compels you

An added benefit of continually educating your supporters is that, now, they’re even more on board. When they really understand this work and why it compels you, they, too, will be compelled.

And you know what that means? They become advocates for you, too. They start sharing about the work they are a part of because they are supporting it by supporting you. If you’ve educated them well, they are informed enough to share with others.

One great way to inform your supporters about the work you do is to host some kind of event that allows them a glimpse into the work you’re doing. World Vision annually hosts a 40 Hour Famine. Youth groups and other supporters will host this fundraiser, fasting for 40 hours to feel what it’s like to be hungry overnight and gathering sponsors.

Some organizations that work with people who are homeless do fundraisers that have people live in a cardboard box overnight.

Wheelchair for a Day Challenge encourages people to spend one day in a wheelchair. Nothing helps you appreciate the weight of opening doors, the slight incline of the sidewalks, or the fatigue of using your arms all day like strolling around in a wheelchair.

Do you have any ideas for how to educate your supporters with a hands-on challenge?