Writing a Support Letter: Start It Off Right — Captivating Introductions 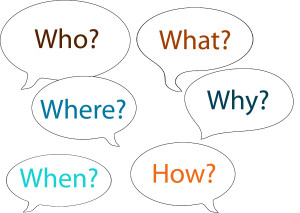 Journalism students learn to ask the who, what, where, why, when, and how and then to summarize those key points into their lead paragraphs. The idea is to give the most important information to readers right at the beginning so they don’t have to read the entire article.

That’s for strictly news articles. Feature writing gives a little more creative freedom. You have more space at the beginning to open with a story or a quote—or in some way grab readers’ attention and pull them into the story, all while introducing the main idea.

After a more colorful introduction, the who, what, where, why, when, and how are still summarized in a sentence or short paragraph, called the “billboard paragraph” or the “nutgraf.”

It’s kind of like a thesis statement from your school papers. Clarifying your main idea lets readers know where you’re headed, and also helps you to focus as you’re writing (something we’ll talk about in the next post).

Here’s an example of the same article introduced with a news-style lead paragraph:

Tim Scott, from Bradford, is a catfish guide on the Mississippi River. He takes about 70 trips out a year, many of which are with Chicago residents 55 and older.

and a feature-style introduction with a story first:

“This is it. This is the one we’ve been waiting for,” Tim Scott says, the excitement quieting his voice. “You ready?”

I approach the pole, heart pounding. I grab the cork of the rod above the reel, shove the lower end into my abdomen and prepare to reel in the biggest fish of my life.

I’m facing perpendicular to where the fish is, Tim reminding me to keep the tip up, allowing the design of the pole to absorb the pressure so that the line doesn’t snap. I let the fish pull, reeling fast when it swims toward me and the line loosens a bit. It’s getting closer to the boat, but my arms and hands are getting tired.

“When it comes up for the first time, don’t get too excited. Just keep doing what you’re doing, even if it scares you,” Tim says, his words refreshing me.

The fish does surface; its yellowy-green body makes my heart flutter. It looks like the elusive catfish you see in the movies — too big to really be in my hands.

“Now, gently move the pole down toward the water, reeling as you go,” Tim coaches. “And then bring it up real slow.”

I do so a few times, then repeat without reeling because it’s so close. Tim slips the net under our catfish and heaves it out of the water.

And that’s what it is about for Tim Scott, a catfish guide from Bradford — that next big fish.

If your newsletter is really more of a letter, having a lead paragraph or a thesis statement is maybe less important. If you’re writing your grandmother a letter, you don’t outline where you’re headed in the paragraphs to come. But, then again, those letters can meander for pages and not really get anywhere. It can be nice to have an informal, personal tone with your readers like you would with your grandmother, but you want your support letter to have more direction.

We’ll talk in the next post more about having direction in your letter.

One tip is to begin and end your letters with gratitude. Do you have any other tips to share?